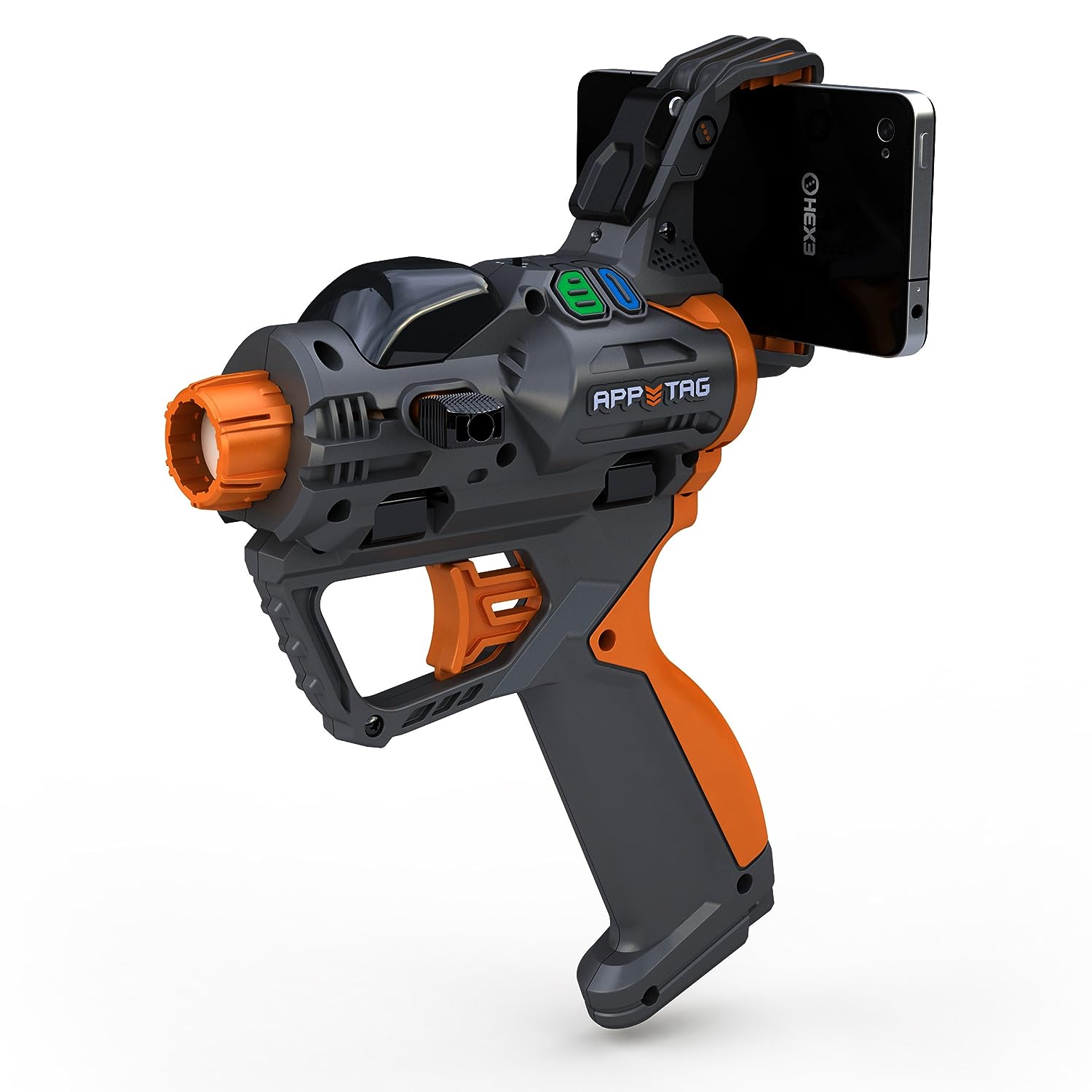 AppTag Laser Blaster brings first person shooter console gameplay to smartphones in the real world. As with any blaster toy, the object is to shoot your friends, but AppTag adds a whole new dimension! The free AppTag Apps keep score via WiFi and 3g/4g (data charges may apply) and players can pick up Augmented Reality Weapons, ammo packs, health Kits, and body armour in a similar way to a console game like HaloTM, but this is real life, inside or outdoors! You can play single, multi or team games and AppTag can be used with other guns that have an accessory rail, such as NerfTM, BuzzBeeTM, etc.

For targeting, AppTag uses a focused infrared beam and sensor for the ‘laser’ so it’s totally safe. Each unit has an IR sender and receiver, and the AppTag unit works together with any attached smart device with a camera. Both iOS and Android single and multi player Apps can be found by searching “AppTag” in the app stores. AppTag works with all iOS devices with a camera, and most Android powered phones running Android 2.3 and above. AppTag works with all iPhones newer than the 3GS and iPods with a camera (4 or newer).

This site uses Akismet to reduce spam. Learn how your comment data is processed.